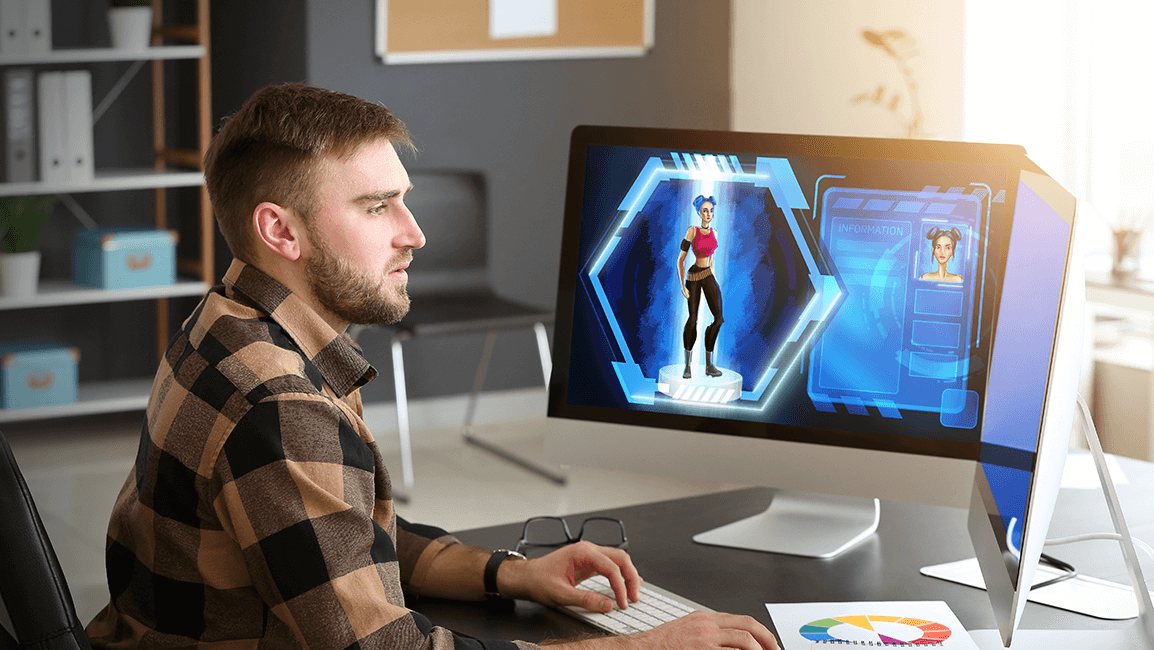 Are you a gamer who wants to become a part of creating the video games that you and millions of other people enjoy? Are you excited by the idea of turning inanimate drawings or into moving, responsive, dynamic video game animations?Making today’s most successful video games takes the skilled work of a whole lot of animators. If you think you’ve got the patience, talent, and passion to get good at the craft, there may be a place for you in the field! Here are some insights to help you get started on your path.

No matter whether you’re trying to get into 3D, 2D, or pixel animation, it is important to learn the fundamentals of animation from the ground up. It’s probably worth honing your drawing skills, even in this digital age, so that you are able to sketch out and visualize poses and silhouettes before designing your game design animation on the computer. Understanding how the physics of how object movement works and represents itself visually is essential, and it’s a remarkably involved process to reproduce the physics we observe every day in drawings and animation. It starts with things as simple as animating the bouncing around of a ball. It takes observation and practice to make animations even of the simplest objects — how much indentation is appropriate to draw in the ball given how fast you have it moving and how far you want it to bounce? How fast should it spring back up in order to be both realistic and observably authentic to your viewer’s eye? After mastering simple object animation, you can move onto practicing the basic movements involved in walking, talking, and moving a character’s head and extremities. As you master these fundamentals, you’ll be able to transfer their implementation to different animation formats and to move onto more complicated actions and movements. If this looks like it’s going to take you years of practice, that’s because it will. Animation is a lifelong pursuit, and there aren’t many shortcuts to success, creative or professional.

You probably started out knowing which kinds of video game animation you want to do (2D, 3D, pixel), but after having mastered the fundamentals, you’re now able to make a more informed choice of what you want to specialize in. Major video game studios tend to create 3D games, and thus need 3D animators. Lots of indie studios and mobile game developers have their video games animated in 2D or with pixels, which means that those kinds of studios are likely going to be your target employers if you decide to go with those animation formats. There’s even specialization within formats. Some people specialize in animating game play, and others specialize in animating cutscenes. Still others specialize in technical and special effects animation. This choice can be guided by what you find that you’re good at, what kind of portfolio you have developed before, and what kind of demand you see in the video game animation job market.

Once you’ve gotten to the point of mastering the fundamentals of animation, you can begin working on learning how to create animations in video games. Animation for, say, shows or cut scenes is different from animation in video game action itself because video game action requires animated characters to follow player commands instead of following a predetermined course of movement. For example, every frame in an animation for Pixar follows the movie’s script. Woody and Buzz Lightyear aren’t going to make any sudden moves which will cause rendering problems or risk looking unnatural!

Video game characters, however, move in whichever way the player tells them to within the rules of the video game’s engine. This means that even if your character has a set of standard movements that they can make, they can make them in a theoretically unlimited and unpredictable combination of ways. Nobody likes to have their enjoyment of the fantasy that makes video games so attractive interrupted by their character inexplicably starting to walk on thin air, disappearing into the body of an object in the environment, or losing all connection to the game’s physics! There are free game engines online where you can practice your animations, and it will be worth your time to try them out.

Be a people person

It may seem like animation involves a lot of solitary busywork, but as a video game animator, you will be a member of a team of other animators, illustrators, writers, and programmers. Being professional, personable, and pleasant to work with will mean that you can get useful feedback, important professional networking opportunities, and a reputation as a reliable employee in the video game animation industry. It’s essential to be able to accept constructive criticism, especially when starting out. Consider investing in formal animation training, which will allow you to train with a proven methodology, to get feedback as you learn and produce, and to develop the professional relationships which will come in very handy when applying for work.

Getting into video game animation requires a long and difficult path, but if you’ve got the passion, determination, and love for games, there’s probably a place for you! Video game animation takes a whole lot of people doing good work. When you get the fundamentals, skills, and experience that you need, you’ll be able to be a part of creating stories and awesome memories for millions of people all over the world by contributing to one of the 21st century’s most popular cultural expression and storytelling mediums!

Learning how to draw games Next Article

The evolution of video game graphics