What do You Need to Become a Game Developer 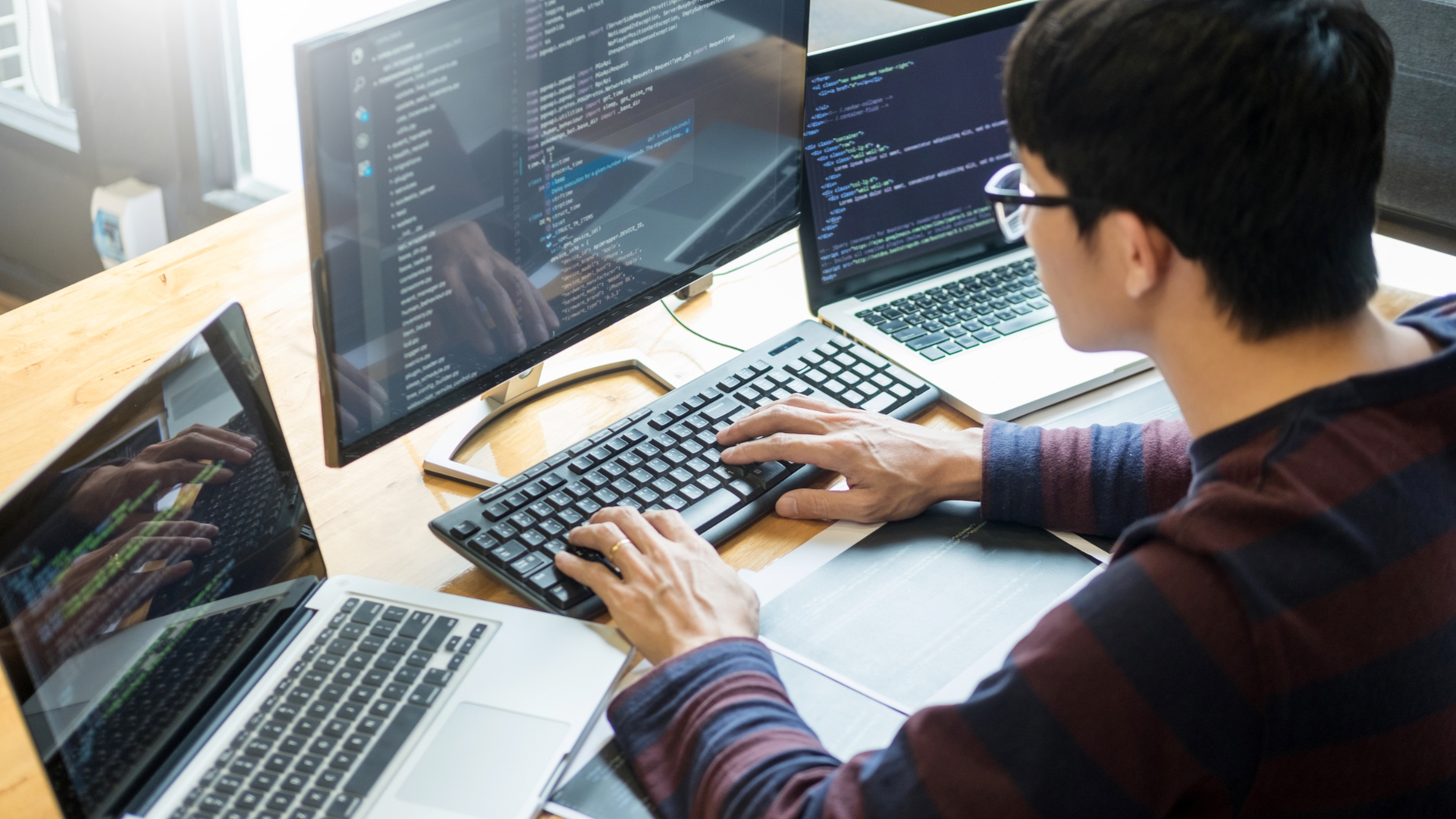 The game development industry is rapidly evolving, and what was normal a decade ago is no longer the case. A modern game developer (in a broad sense) is more likely to now be a narrow specialist trained to execute a specific type of job, rather than a human multitool that can ‘patch any hole’ in a game dev canvas.

There are multiple types of game developers. Some of them code, some of them draw, some create stories, and some are negotiators and project managers. Obviously, since they all focus on different tasks, they all require different sets of skills and talents to do their job. There are also different types of game genres and levels of complexity, from relatively primitive Facebook jiggle puzzles to stupidly complex massively multiplayer immersive worlds that take hundreds of gigabytes of users’ device storage to play.

There are animators, level designers, coders, writers, testers, sound-designers, FX-artists,  graphics engineers, and so on. It’s too many to count! In this small guide, you’ll find out more about the specific skill requirements for key positions, but also some general set of talents needed to advance through game development.

Hard skills refer to the knowledge and ability to implement that knowledge into  your work in the most efficient way. In the hard-skill world, technical ability matters most – coders must know programming languages, designers must know how to operate software, writers must be able to put their ideas onto paper, and so on.

Small ‘garage band’ studios might require a broader range of hard skills due to a lack of dedicated professionals, however, larger companies aim to hire specialists that focus on one or several smaller fields. This latter approach allows for the creation of bigger projects from scratch, and to bring to life more ambitious ideas. For instance, there are gameplay engineers who can adapt software to game requirements, graphic programmers who are responsible for the rendering engine and cross-platform optimization, back-end engineers who manage servers, networking, security, and other hidden-from-view processes.

(Speaking of programming languages, C++, Java, and Unity are the main languages and tools to code in for game development. For those who are yet to decide on their first language to learn, we recommend starting with Python and then moving onto C++, as it is often used in many programming fields outside game dev and is more universal in general.)

If we step beyond programming roles, we’ll find out that less technical game dev specialists, including animators, artists, writers, character modelers, and environment designers require hard skills too! Most of them need a high level of software skills, and knowledge of the tools and techniques used in their craft, and of course general computer literacy. An animator, for instance, will be expected to have animation experience or training in Autodesk Maya, Blender, Adobe After Effects, etc.

A true game designer sees the world as a complex, dynamic system rather than as a collection of isolated things. This is  the difference between looking out the window and seeing the sun, mountains, trees, animals existing separately from each other and seeing it all as an interconnected system.

Video game designers must use their creativity to capture and retain players’ attention. They are responsible for how the product they produce looks and feels, and they must build a system that is supposed to deliver their vision to a wide range of different users. This implies having a deep understanding of psychology and culture. Being a good video game designer means being a keen observer.

Outside of creativity, soft skills are responsible for work ethics, productivity, team effectiveness, and a bunch of other crucial issues. Here we’ve gathered the most important game developers soft skills:

Let’s review some of them closely:

Video game production consists of managing, moving, and connecting numerous pieces into a cohesive whole. Pulling these pieces together is rather a timed race than a jigsaw puzzle done for fun. The key to success here lies in competent estimations, planning, and deadline setting, which generally comes from experience.

Communication is essential in game development just as it is in any other business. Explaining your vision, negotiating work-related complications, communicating with your teammates in the correct way will greatly contribute to your efficiency and comfort.

This is rather a habit than a skill, but as a game designer, you’ll need to keep yourself updated on what is happening in the gaming world, and be genuinely interested in what you see. Using someone else’s experiences is not a crime, but a vital part of evolution. Remember that everything is a remix, everything comes out of something. Thus, playing, reading, and talking about games will guide you to what truly “clicks”.

So do you love games? Do you want to balance creative and technical sides in your career? Do you have a vivid imagination? Then you can be a game developer! However, don’t forget that game development is a process of constant learning, and you’ll have to consistently shape up your weaknesses if you want to succeed in this highly competitive environment.

Getting Started with Video Game Programming Next Article

Learning how to draw games